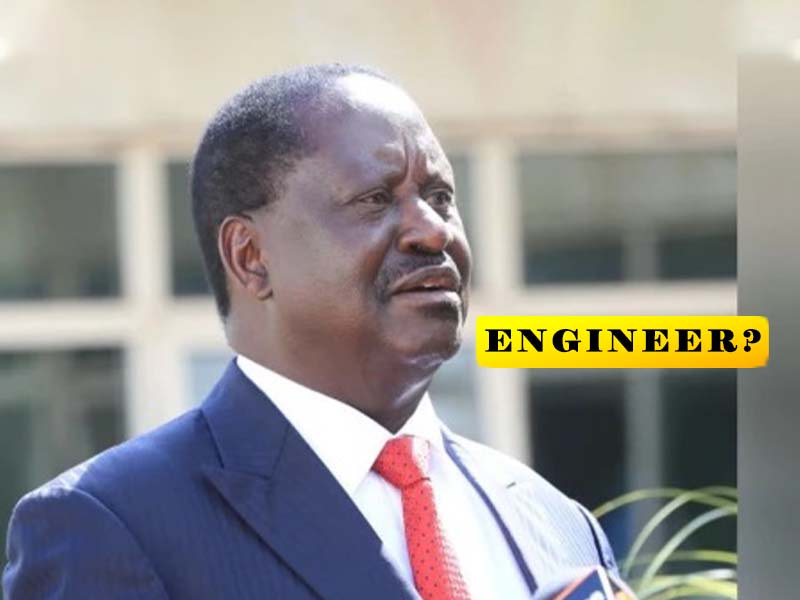 Growing up under the care of a Vice President of Kenya, Jaramogi Oginga Odinga, meant a playful childhood for Raila. Later on, the privilege enabled him to leave the country for higher education in prestigious institutions.

A scholarship saw him flying to German for further studies in Philology and later Engineering.

In 1970, Raila Odinga returned to Kenya having graduated with a Master’s of Science Degree in Mechanical Engineering and Welding.

Within a few years, he renamed it East African Spectre and has been serving as its CEO for at least 50 years now.

Besides, Raila served as a lecturer at the University of Nairobi where he would eventually meet and fall in love with his student, and now wife Ida Anyango.

Raila Odinga an Enigma in Kenyan Politics pdf breaks down how he started a multi-million oil and gas company at the age of 25 years.

It all started with an insight from an Indian friend who informed Raila about powerful machines that were on auction at Parklands in Nairobi.

These labour-saving machines belonged to a Ugandan based Indian investor who had fled the brutal regime of Idi Amin Dada.

The ODM Party leader says the desperate Indian owner wanted to sell them quickly for immediate relocation to Great Britain.

Raila who was then a lecturer at the University of Nairobi at a monthly salary of Ksh. 2,000 was unable to raise the agreed amount of Ksh. 12,000.

As a result, he hastily sold off his left-hand drive German car in the hope of securing the machines for himself.

Luckily, he managed to own the machines. In 1971, he established a decent workshop at the Industrial Area along Kingston Road, now called Kampala Road.

Raila’s firm in which Ida Odinga as a Managing Director became the first Kenyan private supplier of gas cylinders in the larger East Africa. Dr Oburu Odinga is Chairman.

For your information, it is still a leading shareholder in the oil and gas business to this day.

Elsewhere, Raila has since acquired several other properties and firms including the Kisumu based Molasses Factory.

Raila Odinga career history reflects a determined scholar who doubles up as an engineer and national leader. His technical skills came in handy when starting East African Spectre and Philology when venturing into politics.