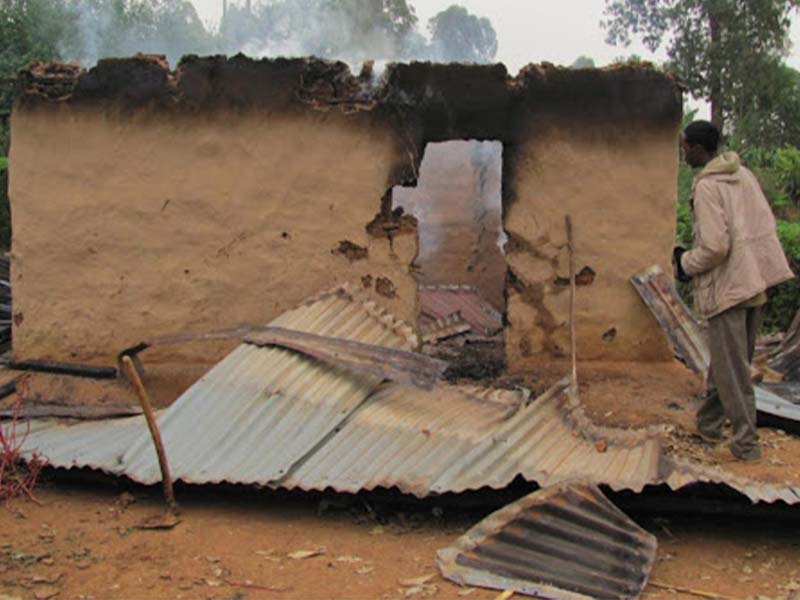 Magic is an ancient technology invented by humans to access and explore the supernatural world in the hope of achieving wellness. It all started with a desire for healing, protection, divination, vengeance, and above all self-empowerment. Magic has since spilled out of control into witchcraft and sorcery. We take a closer look at the negative effects of witchcraft in Kisii community.

Worldwide reports have confirmed that magic is so rampant and a part of every culture regardless of civilization. While some forms of magic such as rituals are socially acceptable, others including witchcraft are not. Sadly, those who find themselves in a small, cold, and dark world often turn to witchcraft with selfish intentions.

Is there witchcraft in Kisii Kenya?

The practice of witchcraft is likely prevalent judging from frequent lynching incidences and extrajudicial killings of suspected witches in Kisii villages.

The same have previously received attention on popular publications such as The Standard and The Star.

Elsewhere, witchcraft in Nyamira has reached the heights of national television including KTN News Kenya.

10 shocking effects of witchcraft in Kisii and Nyamira

Whether you belief in magic or not is up to you, but some of the negative effects that suspected witchcraft has suffered the larger Kisii community are not ignorable.

Childhood memories of evil people, such as witches, causing terror and agony end up reshaping our attitudes, beliefs, and eventually culture with lasting effects.

That should make sense considering that fear is the greatest form of weaponry for mind control.

That is perhaps why most evils thrive where there is fear, and not necessarily poverty as we have been previously informed.

For the record, many Kisii people fear becoming wealthy because of perceived consequences which include diseases and death.

As a result, the most educated and civilised of our tribesmen have literary moved out leaving behind a development vacuum.

Fearing to become rich because of witchcraft?

Those left behind in Kisii villages must struggle below the poverty line because they believe prosperity is forbidden in covens; the mysterious assemblies of witches.

It is no secret that the fear resulting from Kisii witchcraft has convinced natives that they are surviving at the mercy of their village night runners. That is wrong!

Certainly, the fear of witch craft in Kisii villages is overrated.

Cases of Kisii witchcraft burning have recently been on their highest among the Abagusii people.

These extrajudicial killings hardly solve underlying problems, for which the Constitution of Kenya is equally shallow.

Does the current justice framework satisfy the pain instilled by suspected Kisii witches? If not, then what is the way forward?

A touching story titled “Kisii where witches hunt for dead meat” is mainly critical and straightforward on this vice.

Those who practise sorcery and witchcrafts often prey on conflict torn families with an intention of damaging good relations.

These are no different from rumour mongers who cause residents to free their ancestral homes for a peaceful stay in metropolitan towns.

Some family have been forceful disowned from the society at a slight suspicion of their involvement in immediate calamities.

While most of these suspects end up guilty, it leaves one wondering why every death his associated with witchcraft. Are Kisii witch doctors the only cause of death left?

5. Overreliance on backward traditions and divinities

The suppressing mentality eventually ends with poor grades in schools and a lack of exposure to our modern day civilised world.

For this reason, vicious cycle of poverty and backward spiritual practises end up dominating the day.

6. Isolation of the elderly population, instead of loving and caring

A general mentality that old people, especially grandmothers, are the prophets of witch craft in Gusiiland is a baseless assumption.

Many in the elderly category end up receiving little to no care and love on suspicion that they are part of the terrifying cult.

It is almost impossible to buy land and settle peacefully in some parts of Kisii without experiencing the worst of witch craft threats.

Some land buyers end up reselling their properties at a loss because of hostile neighbours.

Notably, setting a successful home or project in some villages is almost impossible because of unwelcoming neighbours.

A tendency of pointing fingers and defaming one another on the thin line of witchcraft has destroyed the inner circles of families.

Consequently, Kisii people hardly give a hand on the success of blood relatives. The situation has worsened over the years with no turn around in sight.

Gusiiland is historically a land of plenty given the fertile soil that supports almost all profitable crops including tea, maize, and coffee.

Besides, the hand carved Kisii soapstone enjoy a ready market in Kenya and abroad.

The Kisii people are speedily losing value from these priceless resources for a lack of unity to form trading alliances and strong business blocs.

Only the lucky few can mint profits at the expense of vulnerable small scale traders with no protective unions.

10. Locals distancing with the Kisii identity

The Kisii heritage is slowly recovering, thanks to devolution and ongoing awakening projects in Gusiiland.

Not many people could publicly identify with the Kisii tribe, especially in national colleges, universities, and work places.

That was partly because of barbaric customs such as witchcraft and inability to communicate in national languages.

These reputation killer stereotypes are now behind the Kisii community.

Surviving the Effects of witchcraft in Kisii community

Suspected witchcraft is slowly fading away and may soon become a non-issue among residents.

Far from that, it is interesting how Kisii natives have challenged every one of these odds to rank the second most industrious tribe in the Kenya, after the Kikuyus.