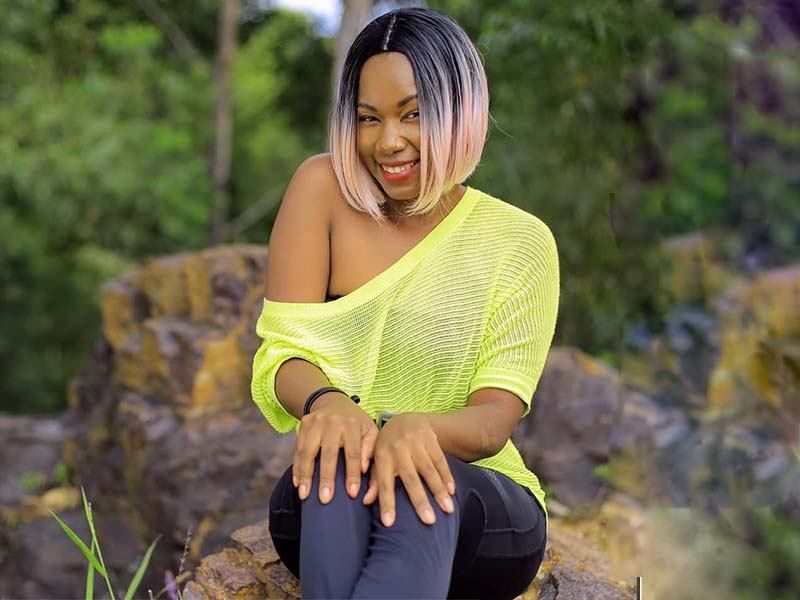 Faith Stan is a multi-talented Kisii singer, actress, scriptwriter, writer, and professional chef. She is notorious for her musical rnbs, blues, and afro-pop music beats. Faith Stan biography says more about the Kisii female artist she has become.

Stan mainly features expressions, feelings, and nature in her compositions. The admirable music career she has built continues to inspire generations with sensual lyrics and relaxing beats. Stan is coincidentally the best Kisii female artist of our time.

Faith Stan Doubles is famous for her music engagements and viral tracks such as Otenyo, Namba Moja, and Jirani Ananimada.

Who is Faithstan? The singer Faith Stan is among the best Kisii female artists now at the heights of their careers.

If you thought Jirani Ananimada lyrics are the best in her soup, then wait for a full playlist of her hit tracks.

How old is Faith Stan?

The songbird Faithstan age is 27 years as of 2023, she celebrates her birthdays on May 4th.

Youthful looks say no less about a determination to explore the music industry with her rare talent.

The famous singer Faithstan comes from the heart of the Kisii tribe. She, however, spent a better part of her childhood in Nairobi. It is in the capital city that she attended her high school studies as well.

Faithstan tribe is not evident to many because of her accent, outlook, and unique lifestyle, not common among most Kisii girls.

The name Faith Momanyi is less prevalent in the public scenes. She is better recognized as Faithstan, Faith Stan, or only Stan.

Faith received the iconic name Stan, meaning light, when she was barely thirteen and has maintained it for more than a decade now.

Did you know that Faith Stan is a blood sister to the famous Forever Young? Sure enough, they are siblings.

Like Stan, Forever Young, whose real name is Bayton Momanyi, is a Kisii singer. Apart from that, he is a gifted Deejay, dancer, and Emcee.

Forever Young biography reveals that he attended The great Bishop Mugendi Nyakegogi from where he graduated in 2016.

The dual have released joint hits suggesting a strong sister-brother bond. Stan comes from a family of talented artists, to say the least.

Faithstan biography further suggests that the two are supportive of one another in the industry.

The beautiful singer attended Our Lady of Mercy South B in 2014. She later enrolled at RanXerox for her Accounts, PBM, studies before giving the music sphere a shot after that.

Faithstan education and professional qualifications are no distraction to her booming music label. The story of Faith Stan biography goes on.

The multitalented Stan came to the limelight with her debut afro-pop track; I Choose You. She has since been releasing more tracks with a keen eye on what her followers like best.

Faithstan has done different collabos with musicians such as Raj and TimmyTdat.

Most importantly, she was one of the stars in the Omwanchi Trubena Kisii movie. She is a businessperson who designs and sells crop tops to other women.

Appearing on 10 over 10 show is the highest floor he has stepped in the industry.

Besides, Faith Stan is the Kisii artist behind tracks such as Naumia and The Doubles_Zilizopendwa Mashup.

Faithstan — Jirani Ananimada mp3 download has arguably surpassed the highest success record she has ever registered in the industry.

Go ahead and grab Jirani by Faith Stan audio download from your favorite streaming site for a full-blown flavour of Kisii entertainment.

Emerging the Female Secular Artist of the Year reveals that Faithstan is going to places within the music industry.

The singer is down to earth and readily available through the following contacts.

Connect with Stan for a gig or promotion deal.

The young Kisii female singer looks up to Venessa Mdee, Ruby, and Sheebah of Uganda for inspiration in her routines as an upcoming star.

She is currently a brand ambassador at Centre Point Kenya.

The female singer is already international, with a swing of supporters on her side. Speaking of fame, Faith Stan biography features what an ambitious Kisii singer she has been for the past five years.