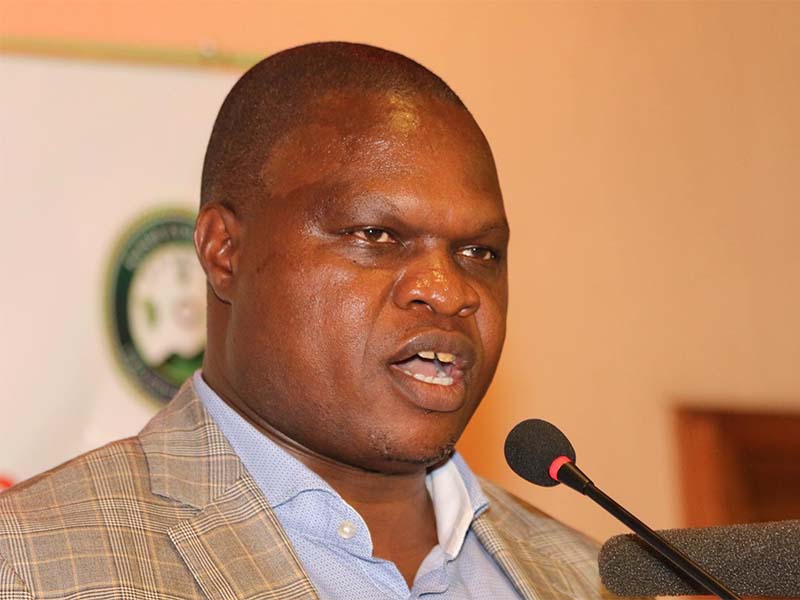 Hon Joash Maangi is a respected Kenyan politician now serving as Kisii deputy governor. He is an influential leader with both tact and skills in governance. Even so, Maangi is not without a controversy being a public figure. Let us turn to Joash Maangi biography for quick facts on his age, family, a palatial home in Minnesota, and wealth.

Serving as the deputy governor under James Ongwae for two consecutive terms has earned Maangi deserved praise and criticism alike. He is now making waves in the county, with speculations running high around his next political move. There is also a rising interest in his personal life since opening up about his Kenya palatial home and another in Minnesota. How old is Joash Maangi?

Joash Maangi is famous for serving as the first deputy governor of Kisii County. He went into the office in 2013 and defended his seat in 2017 alongside Governor James Ongwae.

Kisii deputy governor Joash Maangi comes from Tendere Village, where he was born about five decades ago.

He claims himself an Omogetutu and not Omomachoge as many of his supporters believe.

The DG started studying Law at Mugambi & Ali Advocates in 1991. He is a student of High Court’s Abida Ali-Aroni.

He started Maangi & Company Advocates soon after and maintained it until leaving Kenya.

Maangi attended the Kenya School of Law for a Diploma in Law. Besides, he is a University Of Nairobi alumni with a Bachelor’s degree in Law.

In 2005, Maangi graduated with a doctor’s degree in law from Minnesota based William Mitchell College of Law.

Not much information is available about Joash Maangi biography relating to his Minnesota-based family.

He has so far talked about his children studying in the US.

The palatial mansion is a stately property in the heart of Kisii, Tendere Village.

The wealthy county boss recently displayed a section of this luxurious home to Lilian Muli of Citizen TV.

The crib has since left mouths wobbling about Maangi’s untold wealth.

Inside this multimillion-house is a gym, swimming pool, guest house, the main house, conference room, and garden.

In addition, the deputy governor has another home in the United States, where his family resides.

Maangi managed to bring up both houses before ascending into public office.

The popular Maangi brags 20 years of professional practice as a lawyer.

Also, he is a successful marketer in the United States and Kenya.

Maangi previously for different law firms in the United States before flying back into the country. He came home after 12 years of active duty in the US justice system. He was equally a chairperson of Kenyan citizens staying in Minnesota.

Extendicare Corporation employed Maangi as a recruitment and staffing supervisor in their St Louis Park outlet.

He worked in the position until 2001 when he resigned to continue his education at William Mitchell College of Law.

The learned friend returned to Kenya in 2009. Four years later, he teamed up with James Ongwae for the Kisii County government’s top position. The two emerged winners with the ODM ticket.

However, the DG is reluctant about the party of his choice for the 2022 general elections.

The two Kenyan politicians are long term friends since their brotherhood sparked in 1992.

Maangi admits that his friendship with Deputy President William Ruto earned him a travel ticket to the USA in 1997.

Joash Maangi party, from ODM to DP Ruto to BBI

However, a recent defection from Ruto’s brigade to join the BBI allies shocked many.

Elsewhere, Maangi recently vowed to back up CS Fred Matiangi as a Kisii kingpin despite political differences.

Miguna Miguna came in quickly to bash Maangi’s decision to collaborate with Dr Matiangi, terming it a self-gain-driven political scheme with despots.

Local leaders believe that it is the allegiance to his excellence Uhuru Kenyatta that has brought home –rare advantages to the people of Kisii County.

Among these include the Nyakoe and Daraja Mbili market projects. Rumours indicate that the rapid upgrade of the Kisii town road network was politically motivated.

Moreover, Tabaka soapstone business people are among those who will benefit from the ongoing political wooing game.

The deputy governor has not declared his wealth but has hinted at running profitable businesses that earn handsomely.

The lawyer turned politician lost his father, Mzee Abel Gongera, recently. Kisii Deputy Governor James Ongwae and DP Ruto are among those who shared their condolence messages to the DG.

Both dignities praised the late Gongera as a religious man who cherished education, unity, and peace above all.

Maangi confirmed the sad news of losing a father on January 19, 2021, at 4:45 am. Netizens have since been pouring their heartfelt messages of consolation on his social channel.

The Kisii deputy governor accident ended with his vehicle torched by angry youths whose loved ones succumbed at the scene.

Photos of Joash Maangi vehicle reveals that it was reduced to ashes after causing a fatal accident at Olulunga.

Joash Maangi biography proves he is among the most popular and wealthiest deputy governors in Kenya. Like the County deputy governor Nyamira County, Maangi is a reputable and promising Kisii leader.