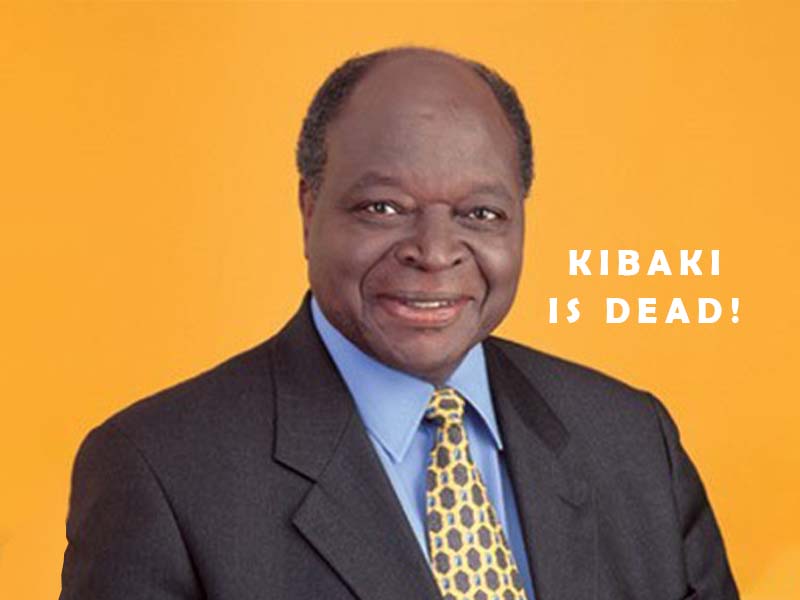 Initial reports indicate that the fallen head of state died at the age of 90 years. H.E. Emilio Stanley Mwai Kibaki was a two term third president of Kenya between 2002 and 2013.

Kibaki who was the only surviving president left behind four children.

His wife Lucy Kibaki who died on April 26, 2016 was equally a veteran.

The incumbent had this to say midway his state house briefing.

“His contributions as minister of finance and vice president saw Kenya’s economy grow steadily fuelled by a commodities boom as well as fiscal and monetary policies that were the backbone of his economic philosophy.”

In 1951, he enrolled ate the prestigious Makerere University for a Bachelor of Arts degree in Economics, History and Political Science.

In 1955, Kibaki proceeded to London School of Economics. Come 1958, he graduated with a Degree in Economics and Public Finance.

Then followed a successful career profile;

At the peak of his career, he succeeded President Moi of KANU in 2002.

The two eventually worked together following a peace deal chiseled by the late Kofi Annan.

Many Kenyan owe it to Kibaki for reviving a staggering economy and ensuring prosperity for all.