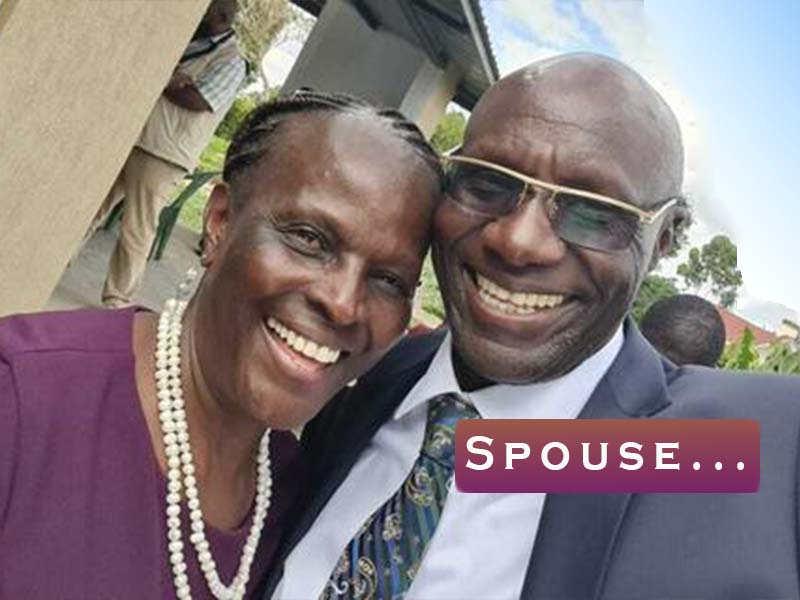 The Blackest Man in Black Africa is a veteran journalist in the Kenyan media space. Behind his illustrious success is a well-meaning beautiful woman of at least 40 years in a row. The duo are publicly in love! We are talking about Uncle Fred Obachi Machoka wife Sophie.

The spouse to the renowned Roga Roga Show host is a dark chocolate lady of high integrity. Even so, she commands exceeding respect without the slightest drama.

Is Fred Obachi married? Yes, the former GSU soldier Fred Obachi is happily married to the wifely Sophie Machoka. The couple has been journeying in love since 1979 when their union started melting hearts.

Obachi and Sophie with a matrimonial home in Masabo Village within Nyaribari Masaba Constituency, Kisii County, are blessed with four children. These include 2 hunk sons and 2 sassy daughters.

Fred Machoka’s children include Santos Machoka, Angel Machoka, Victor Machoka, and Marvin Machoka. The four are now adults, with some already separated into their own families.

As we speak, Machoka is a granddad with an undisclosed number of grandchildren. Being a family man is certainly the greatest source of joy, notwithstanding a widely admired career at Royal Media Services.

Who is Fred Obachi wife? Sources allege that Sophie Machoka is a retired teacher with clean academic qualifications from a local institution.

Born in the early 60s, Sophie Machoka age about 60 years as of 2023. She celebrates her birthdays on 23rd November.

Apart from educating, she is a hard-working business lady running a chain of profitable investments across the country. Sophie is also a dedicated livestock farmer.

Launched in 2016, Fred’s Ranch in the vicinity of Isinya home is a high-end tourist attraction because of unbeatable splendour – frequent visitors call it an organic destination.

On February 24th 2022, the Machokas renewed their vows in a swanky wedding graced by fellow bigwigs; these include Alfred Mutua and Education CS Ezekiel Machogu.

The wedlock of 44 years is only growing sweeter. Machoka has this to say about his better half “I admit am a spoilt man by my young girl.”

Uncle Fred Obachi Machoka wife Sophie is every man’s dream bae, having played a key role in the making of a village boy into a multimillion broadcaster and luxury farm owner.