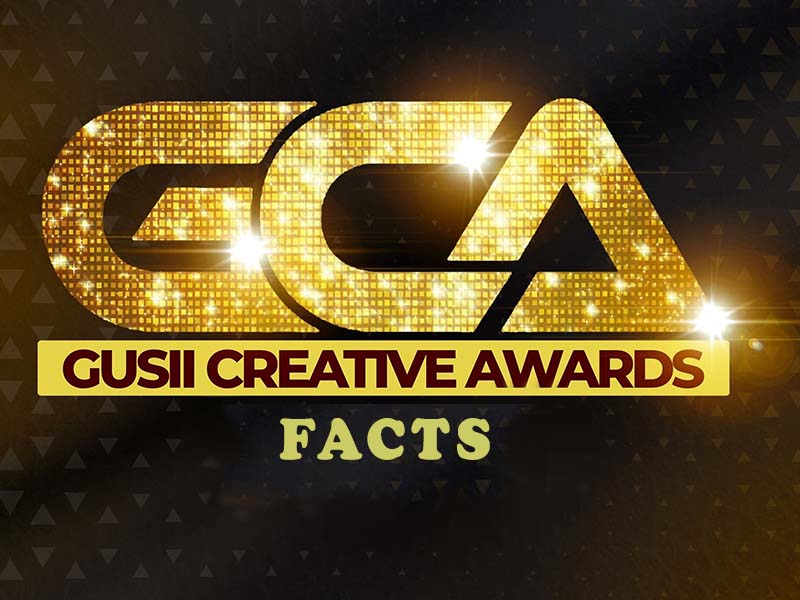 The Kisii entertainment industry is exploding with youthful talents. These include singers, actors, comedians, and media creatives. Locals are loving every bit of productions, ranging from songs to short clips and killer memes. Let’s meet GCA founder and learn how the Gusii Creative Awards (GCA) is motivating content creators.

The annual Gusii Creative Awards is all about appreciating talents. In exchange, voters take home a token of compliments such as, “you made a difference.” GCA’s mission and vision statements summarise the purpose further.

Kisii tycoon and aspiring Senator Okeng’o Nyambane is founder of GCA. Even so, he has involved several partners to ensure success.

The platform is steering greater creativity among actors, singers, and producers because of heated competition.

Those that have created a greater impact include the following.

GCA with 34 categories offers a fair chance to all those nominated.

Each of these categories attracts several nominees, but only the ones with more votes are crowned.

GCA has a special reward for those who stand out as actors or film directors.

The category is for those with significant influence on radio and television.

Lead media houses such as Egesa FM and Minto FM have been doing well since 2019.

Top influencers and trendsetters fall in this broad category

Kisii musicians and artists receive appreciation under this category.

Kisii singers with the most liked songs, including gospel and secular collabos, compete for the following awards.

Your best rib crackers and funny bones from Gusii land receive nominations and awards under these categories.

Sure enough, these comprise a greater number of competitors.

The latest Gusii Creative Awards nominees and winners are now available in kisiifinest.co.ke.

GCA mission is “To Appreciate Creatives” for the good work they are doing.

The platform seeks to recognize and appreciate those who have gone ahead of others in media.

GCA vision is “To award each and every individual who creatively makes a difference to the society Gusii society at large.”

Gusii Creative Awards continue to overwhelm local content producers with tokens of appreciation. More so, it has introduced healthy competition into the industry.