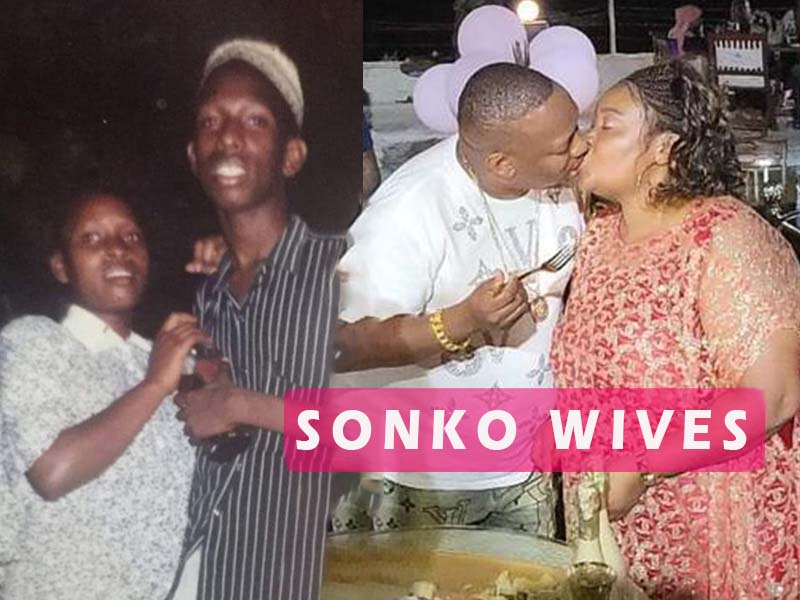 Mbuvi Gideon Kioko popularly called Mike Sonko is a veteran Kenyan politician with deep pockets and a good heart towards the less fortunate in society. Away from publicity, the former governor of Nairobi County is a loving husband and a responsible dad. A gallery of Mike Sonko wife photos spells a sweet love story.

Sonko is on record for touching hearts with unceasing fortune and showmanship. As a result, he embodies the image of a philanthropist among the vulnerable in society.

The gold-decorated Mike Sonko is happily married to the gorgeous Primrose Mbuvi in a family of three daughters and an adopted son. Sonko and his wife Primrose have one daughter called Sandra Mbuvi. The other two daughters are from previous spouses.

These include the firstborn daughter Saumu Mbuvi whom Sonko sired with his now deceased first wife Njeri Wangui. Saumu is an alumna of JKUAT University. Sonko and his second wife are parents to the second-born daughter Salma Mbuvi.

The minor was reportedly shot in the head by the same bullet that killed his mother in the process of sheltering him from a rain of bullets.

On January 1, 2023, Sonko celebrated the birthday of his partner Primrose Mbuvi with a giant cake, escorted with kisses.

“Happy birthday, My Dear wife @mbuvi_primrose ! I’m so much blessed to have you as my life partner, such a beautiful, understanding & encouraging wife. I wish you real happiness & true love on your birthday, & always! Honey, no words in my dictionary can convey my feelings for you.”

In attendance at the birthday spree were his children and colleagues.

Pictured in 1993 are businessman Sonko, his first lover Njeri Wangui, and their bodyguard.

“My 1st wife, my bodyguard and I together with our red Mercedes Benz on 6.5.1993. Haki wacheni Mungu aitwe Mungu.”

An expensive Mercedez Benz car and a Whisky bottle at hand suggest that he started balling early enough. Further sources say he became a millionaire during his high school years.

The 3-decades-old photo was allegedly taken 5 years before the imprisoned Sonko fled Shimo La Tewa to attend the burial of his beloved mother Saumu Mukami. His father Gideon Mbuvi is still a resident of the highly congested Buruburu Estate in Nairobi City.

Mbuvi Mike Sonko wife photos bring into light the strong women behind his miraculous uprising from a broke maximum-prison inmate to a powerful politician and seasoned philanthropist.