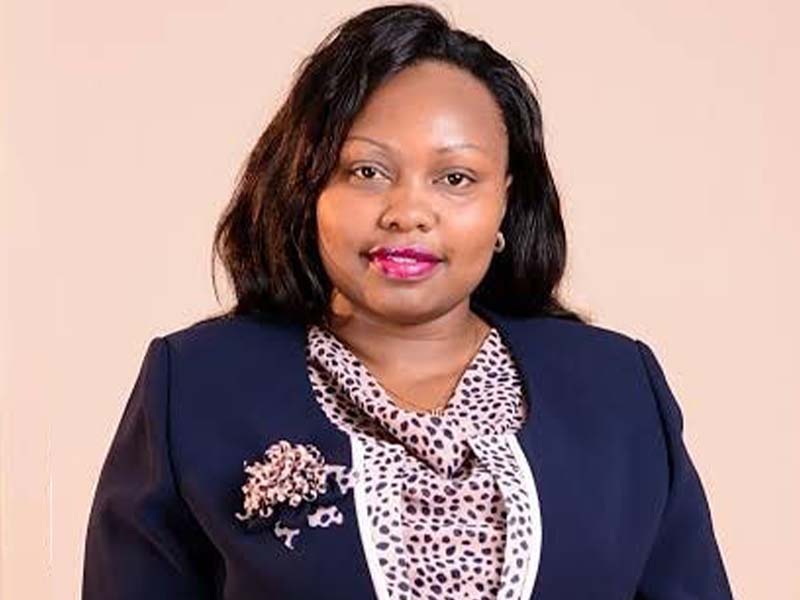 The curvaceous Millicent Omanga is an accomplished business lady and a big wig, Kenyan politician. Omanga is often on the spot for her leadership style and unfailing presence on social media. Better still, she is a Jubilee Party nominated senator with fame and influence on her side. Millicent Omanga biography shares insightful details about her age, husband, family, and career story.

Omanga is a vocal leader on matters relating to administrative and social legislation. That is perhaps why she has earned fancy nicknames such as Mama Miradi and Msupa Na Works. A fresh look into Millicent Omanga biodata reveals top facts worth sharing.

Millicent Omanga is famous for her position as a nominated Jubilee Senator. She landed this high-profile seat after losing to Esther Passaris in the 2017 Nairobi women representative race.

Omanga is a progressive leader from a wealthy background turned humble by circumstance.

Exclusive info about her childhood, siblings, and parents reveal more.

How old is Millicent Omanga?

Millicent is 40 years old and will be turning 41 come May 30, 2023. She has a legacy of giving back to society on the eve of her birthday celebration.

The senator proceeded to enroll in a journalism course at the University of Nairobi and then a Masters’ Degree in Commerce within UoN.

The lucky Millicent completed her studies at MTC with a sponsor’s help because her family could not afford the fees.

The senator comes from a well-established family of a caring mother and seven daughters who have all known riches and poverty at their best.

Her childhood was full of pleasure until 1999, when her father passed on.

The eye candy senator is a daughter to Joyce and the late Omanga, who formerly worked in the Postal Corporation of Kenya as a mechanic.

Losing a breadwinner father invited an endless stream of struggles. Poverty did not spare Joyce and her seven daughters in their Rongai home.

The father of Millicent Omanga died in a horrible road accident. He passed on when she was only 17 years old in form four of her studies.

Pressure from tribesmen eventually changed the plans of burying Omanga at Ongata Rongai. Instead, tribesmen ferried him to Kiamokama for his final prayers.

More so, the mother of Millicent Omanga suffered blunt cultural abuses for not siring a baby boy.

The vocal senator comes from Kiamokama in Kisii even though she grew up in Rongai, Kajiado.

Relatives promised to take care of Joyce and her children after the death of Mzee Omanga.

Unfortunately, they never responded until 2013, when Millicent campaigned for the Nairobi city county senatorial position.

Omanga left behind a young family in a five-bedroom mansion built on a 2-acre piece of land within Rongai neighbourhoods.

Parental responsibilities overwhelmed Joyce, who had all along been a housewife. A lack of means forced her to break wheelbarrows of stones within her compound for a living.

Besides, Joyce became a spinach and sukuma wiki farmer on the property.

The senator has six siblings who are all equally beautiful. Among these are Roselyne Omanga and Angela Omanga.

Millicent is the firstborn in the family and does not have a brother.

Millicent Omanga is married to Doctor Francis Nyamiobo, who works as a medical practitioner.

She is a loyal woman with all the support she needs from her spouse. Millicent often celebrates Dr Nyamiobo for his goodwill in her political career.

Netizens have been circulating Millicent Omanga husband photos owing to his prominence.

Omanga Millicent children are a boy and a girl. She gave birth to Wayne and then Maya on April 24, 2010.

The two kids are now grown and a source of joy to the two celebrity parents.

Nominated senator Millicent Omanga brags herself as a leader with people’s interests at heart.

For this reason, she brands her projects with #MamaMIRADI and #MsupaNaWorks hashtags.

She owns and managed more than 15 interior design and import stores. Her businesses offer a broad selection of goods from across the world.

The Kenya Electricity Generating Company appointed Millicent as a company director in 2013.

Millicent Omanga biography outlines that DP Ruto played a role in her appointment.

She served in the position before changing her course into politics within four years.

Millicent has openly admitted that she would be down in her sheet hawking business were it not for the political support she received from Deputy President William Ruto.

Millicent Omanga senator for which county?

Omanga is notorious in the list of nominated senators in Kenya.

Kenyans responded with mixed reactions to Omanga Millicent dance skills. She admits to playful dancing as a hobby.

The lawmaker is on record for hitting the floor with Jaguar’s Kigeugeu song in Radio Jambo studios where she had gone for an interview.

Millicent is a diehard football fan who has not missed a single world cup since 2002.

Claims that she has been touring the world of sports with public money are yet to find a grip on her reputation.

A glimpse of Millicent Omanga house

The senator owns a multi-million two-story mansion with stately décor and sufficient living rooms for her family members.

Hers is not your typical home because it is a touch of passion from an experienced interior designer.

The wealthy senator surprised her sister Angela Kerubo with a classy car for a graduation present.

The first-class honours Kerubo from the Jomo Kenyatta University of Agriculture and Technology, JKUAT, majored in Supply Chain Management.

Apart from a stint in which she appeared in Ruto’s front car, not much info is available about her expensive rides fleet.

The Kenyan senator takes home a salary of about Ksh 750k plus other allowances, including mileage.

She recieves a monthly salary equivalent to that of her counterpart Johnson Sakaja.

The senator pockets millions from her business dealings and position in politics.

Larry Madowo brought her into question for displaying voluminous cash within her mansion. The senator is yet to confirm her wealth.

Millicent Omanga Wikipedia reports are both entertaining and informative about the senator.

She recently surfaced on social trolls for her huge behind, which she claimed could not fit in economy class flights.

Nominated senator Millicent Omanga is one of the most likely candidates in the senatorial or gubernatorial races come 2022.

There are also speculations that she will take part in women representative race.

Connect with Omanga for inquiries and further consultations.

Millicent Omanga has proven herself a well-grounded Kisii leader with no push over traits. She is currently grooming herself for an even greater position in governance. Millicent Omanga biography confirms that she owns everything it takes to survive in Kenyan politics.