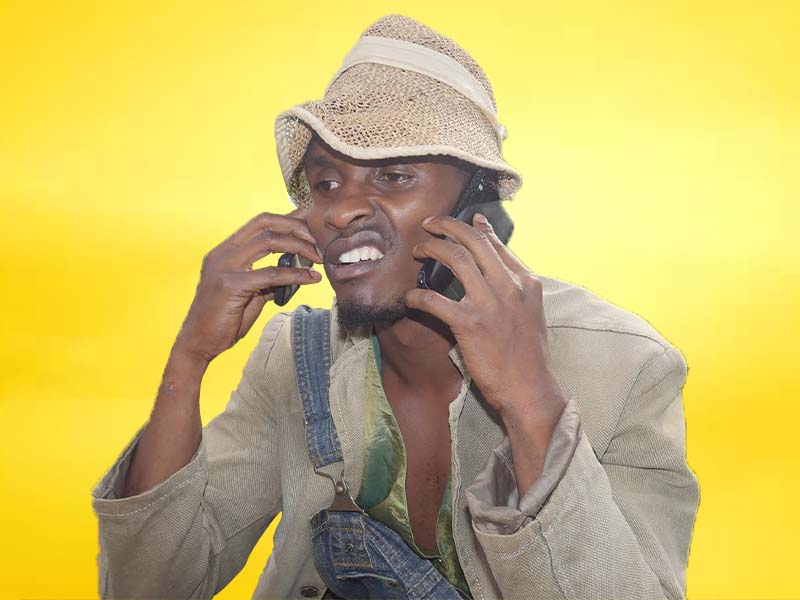 Nyakundi the Actor is a Kenyan actor and musician with a soft spot in comedy. He is among the funniest bones you will ever meet in Gusiiland. Nyakundi the Actor bio reveals how he managed to become a master of parodies.

There is everything to love about Nyakundi, especially his confidence and hilarious dressing style. Even so, behind his success is an emotional story packed with doses of struggles.

Nyakundi the Actor biography with pictures

Who is Nyakundi the actor? Alloys Nyakundi Omariba is a Kisii celebrity known for producing entertaining short videos.

He is among the fastest rising Gusii stars without limits in their talents.

Unfortunately, Nyakundi’s father Mathew Omariba died in 2006 when he was in form three.

His mother Yuvensia Kemunto would take over the burden of raising Nyakundi and brother, Mr. Bloom, among other siblings.

Nyakundi the actor started schooling at Motembe primary school within his home village.

Good grades gave him a letter to join form one at Nyambaria High School.

Instead, he enrolled at Mosocho Academy Secondary School for lack of school fees.

Nyakundi managed a university entry grade but could not continue with studies because of exceeding poverty.

After failing to join university for lack of money, Nyakundi borrowed Ksh. 5,000 and headed to Nairobi in 2007 with a dream of recording his debut song.

Unfortunately, the song did not do well. He would stay at his uncle’s premises for the next four years.

All the while, Nyakundi hawked fast moving goods such as perfumes along Haile Selassie and Parliament Road.

He also supplied water among other odd jobs to earn a living.

In 2018, Nyakundi the Actor launched rib cracking parodies and has since been doing well.

There are even more comic relief videos on the Nyakundi the Actor YouTube Channel with at least 42k subscribers.

Above all, Alloys Nyakundi Omariba is a go getter artist with a deep love for music, comedy, and football.

Nyakundi the Actor bio is a tale of celebrity who has struggled his way to the limelight. It proofs that success is inevitable for the passion driven.