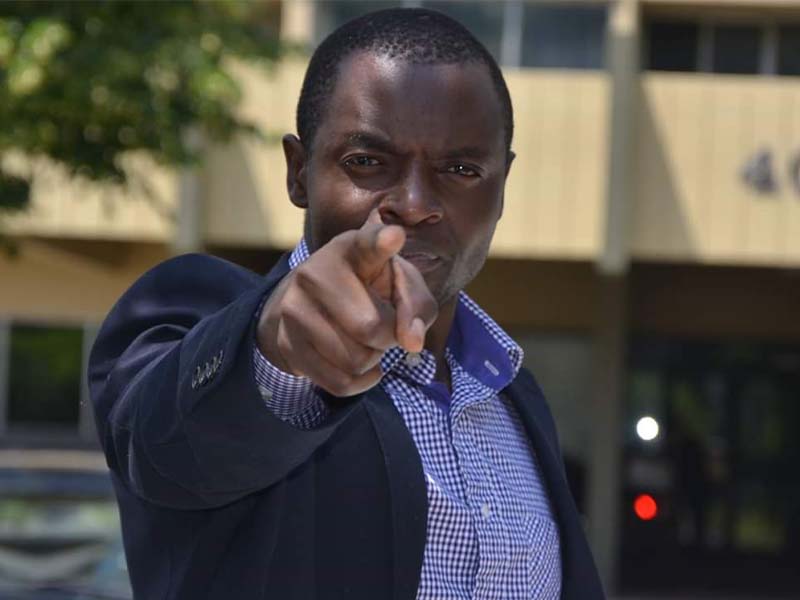 Travelling the world and interacting with different cultures exposed and challenged Okemwa into politics. Out of his eye-opening life experiences is a promising youth leader in the country.

Okemwa is a senator hopeful with a track record of pursuing justice for the voiceless. He also finds it a hobby to hold incumbent leaders responsible.

He has won great publicity and equally suffered multiple attacks for criticizing corrupt leaders especially those in the Jubilee government.

Away from Samwel Okemwa’s political legacy is an untold life story.

Sen Okemwa was born on January 1, 1983, at Sosera Sub-location in Nyaribari Masaba constituency. Therefore, Samuel Okemwa age is 38 years old as of 2021.

The outspoken Okemwa parents are Zablon Okemwa and Teresia Kemunto. He comes from a family of 8 siblings.

2. Okemwa is a chemical engineer from UoN and Seneca College of Canada

Coming from a poor background in Sosera did not stop Okemwa from changing his story.

After KCSE exams, the family of Samuel was unable to raise school fees for him.

Okemwa sized the opportunity to score straight A-grades in his KCSE exams.

In 2002, Okemwa joined the University of Nairobi and graduated in 2006 with a bachelor’s degree in Chemistry.

He later joined Seneca College of Applied Arts and Technology for an Advanced Diploma in Chemical Engineering Technology.

Okemwa enrolled at this Canadian college in 2013, graduating in 2016.

3. Okemwa is a long-time resident of Toronto, Ontario, Canada

Samuel Okemwa has been staying in Toronto, Ontario, Canada where his close friend Dr Miguna Miguna is a citizen.

Okemwa left Kenya for Canada in search of green pastures upon graduating from UoN and tarmacking for long without a job.

A rare chance of working with the United Nations landed him in Ontario Canada where he has been staying for about a decade now.

4. Samuel Okemwa is a close friend of Dr Miguna Miguna

Okemwa demonstrated close ties with Dr Miguna by welcoming and covering his landing at a Canadian airport following dramatic deportation from Kenya.

Kenyan journalists relied on Okemwa’s live stream on Facebook for real-time information on the whereabouts of the Kenyan-Canadian attorney.

Stats indicate that his live feed coverage attracted more than half a million views on social media.

Both Okemwa and Miguna are full-time critics of the Kenyan government for being corrupt and encouraging political tyranny.

5. Okemwa is determined to replace Senator Sam Ongeri in 2022

Samuel Okemwa rose to prominence for adding to the heat of NYS and Eurobond scandals that had been surfaced by ODM leader Raila Odinga.

Even so, he is still a right-hand man in Raila Odinga’s 2022 presidential bid. On the other hand, Okemwa is unsatisfied with the leadership of Kisii County Governor James Ongwae.

He is convinced that old-timer politicians have nothing new to offer apart from failed promises.

Connect with Samuel Okemwa for his phone number and manifesto details.

Samuel Okemwa biography sheds more light on his dreams for the people of Kisii County. Overall, his political agenda is driven by a passion to change the Kenyan story from a pit of corrupt leadership to a den of prosperity.