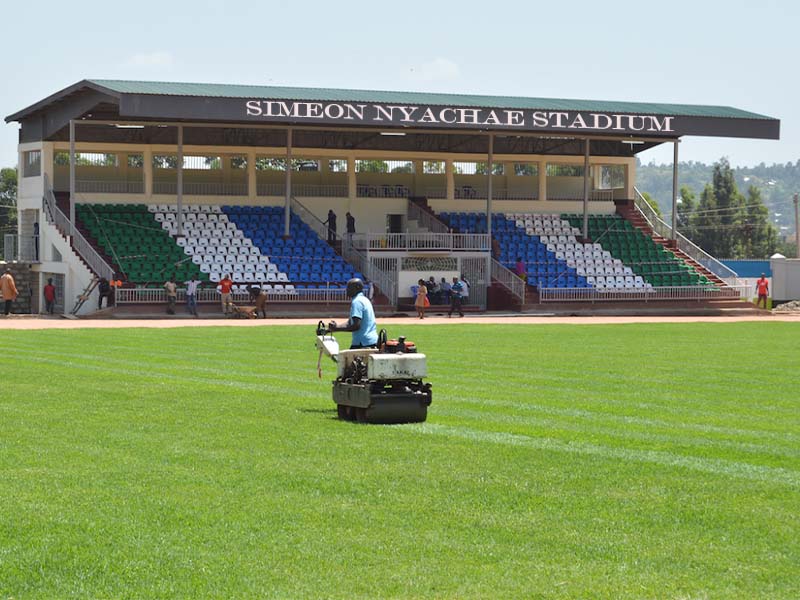 Gusii Stadium renamed Simeon Nyachae Stadium Kisii is a modern Kenyan sport and recreational centre. The highly accessible and costly pitch is home ground to Shabana FC. It is a state of the art facility designed to the international athletics and footballing standards. Noteworthy are location, capacity, and millions of money spent during construction and renovation.

The stadium is an imposing centre for all major sports competitions and public gatherings in the region. Excellent furnishing qualifies it in the calibre of Bukhungu Stadium in Kakamega County and Kasarani Stadium in Nairobi City County.

Some locals decry political play in the renaming of Gusii Stadium to Simeon Nyachae instead of the legendary Nyantika Maiyoro.

The fact that both leaders are esteemed in the Kisii community is yet to settle the scores. Meanwhile, there is enough to admire about this post-modern sports ground.

Gusii Stadium borders the Showground next to Golf House and directly opposite Kisii Primary School.

For the record, the facility is about 250 meters from the Kisii Town central business district.

Standard Group Limited journalist Robinson Mekenye spoke to governor Ongwae on the genesis of what is now Simeon Nyachae Stadium.

Governor Ongwae revealed initiating the Gusii Stadium perimeter wall in 2013, at the onset of his first term.

He would soon embark on face-lifting the pavilion which was initially a run down.

In 2017, Ongwae released a rough estimate of between Ksh. 45 million and Ksh. 55 million for the first phase.

A recent story by Citizen Television Kenya has exposed that Simeon Nyachae Stadium Kisii is compliant with the International Athletics Federation.

IAF officials are among the athletics stakeholders who were actively involved in the construction process.

4. The stadium has an underground water reticulation system

The Kisii based field is among the few Kenyan stadiums with an underground water reticulation system to maintain the grass green and fresh.

Within the stadium is also a borehole with enough water to run the pitch without relying on the Gusii Water and Sanitation Company Limited (GWASCO).

At last, the dream of making Simeon Nyachae Stadium a national and eventually international sports centre is only a few steps away.

Governor James Ongwae who was formerly a centre half footballer during his days in Kisii High School confirmed that Gusii Stadium is the final hope for Shabana FC.

The county boss said that the fallen hero team has enough reasons to wake up again with all the facilities that have been lacking now in place.

6. The stadium is finally a 24-hour facility

Apart from sharp focus lighting are about 10 sheds making it possible to host all season matches.

These are particularly important in shielding supporters against extreme weather patterns such as prolonged rains and the scorching sun.

7.  Kisii stadium racetrack and football pitch are the best

The footballing ground and tartan track build ahead of the Kisii-held Kenya inter-county sports and cultural association matches are monumental.

KICOSCA 2018 games not only awoke the ministry of sports in the region but also placed the local stadium on the Kenyan map.

His excellence governor James Omariba Ongwae will go home a happy man having built a standard stadium for the youths.

It is certainly a part of his bigger plan to empower athletics in the county with a particular focus on the youthful population.

Gusii stadium has a sitting capacity of 5,000 people with multiple sheds of at least 500 seats each.

Luckily, there is space for more sheds that if completed will triple the sitting capacity to at least 15,000 people.

Apart from thousands of seats are well-furnished changing rooms with a red-carpet VIP area.

Gusii Stadium new look is bright with a noticeable blue and green colouring. In addition, the brown racetrack sand contrasts perfectly with green grass and the Kenyan flag-themed sheds.

The work of art is a collaboration of the national government and Kisii County. It all started with an estimated Ksh. 50 million in its first phase before siphoning some more.

A staggering Ksh. 96 million is part of the amount that the local ministry of sports injected in face-lifting the facility.

It was on February 15, 2021, when President Uhuru Kenyatta directed the renaming of Gusii Stadium to Simeon Nyachae Stadium.

The Head of State also renamed Nyanturago Stadium to Nyantika Maiyoro in honour of the fallen marathoner.

Elsewhere, there is a plan of building at least one stadium in each of the 45 wards across the county.

Gusii Stadium renamed Simeon Nyachae Stadium Kisii is a great honour to the former Cabinet Minister. On the other hand, its facelift is a lasting advantage to Shabana FC players. 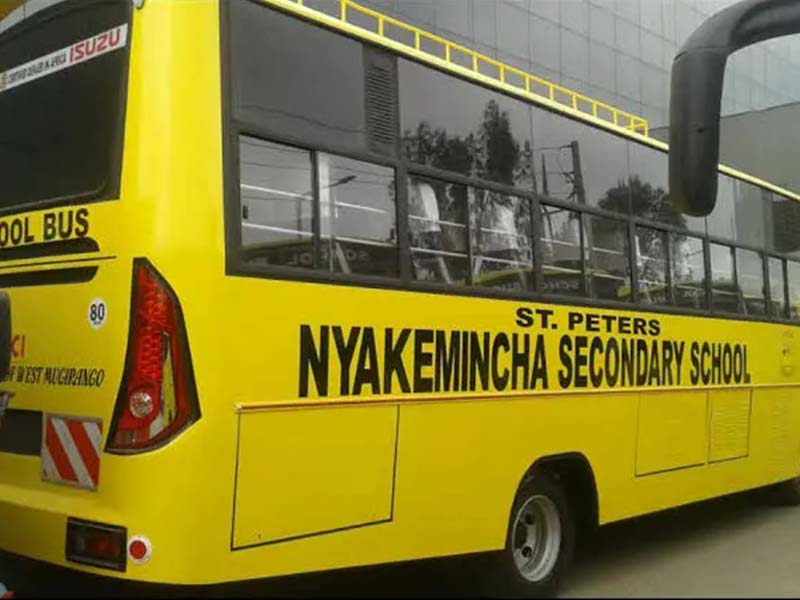 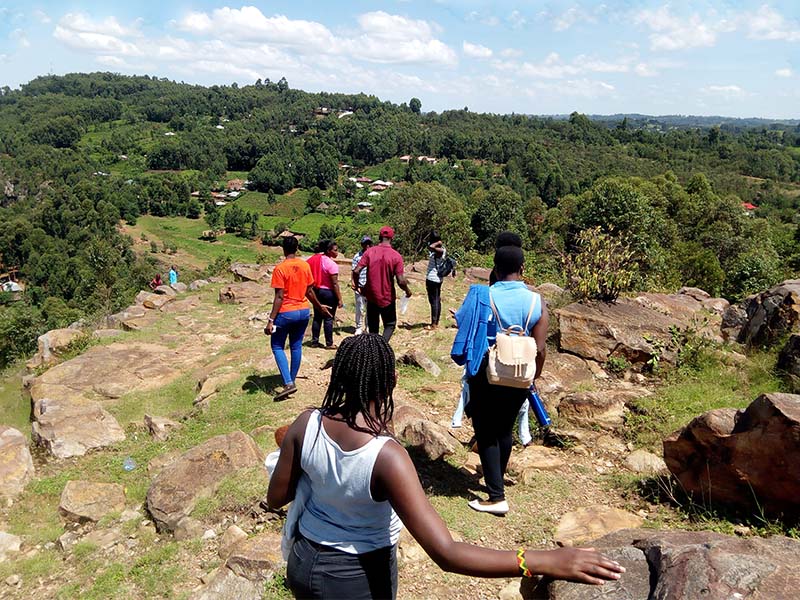 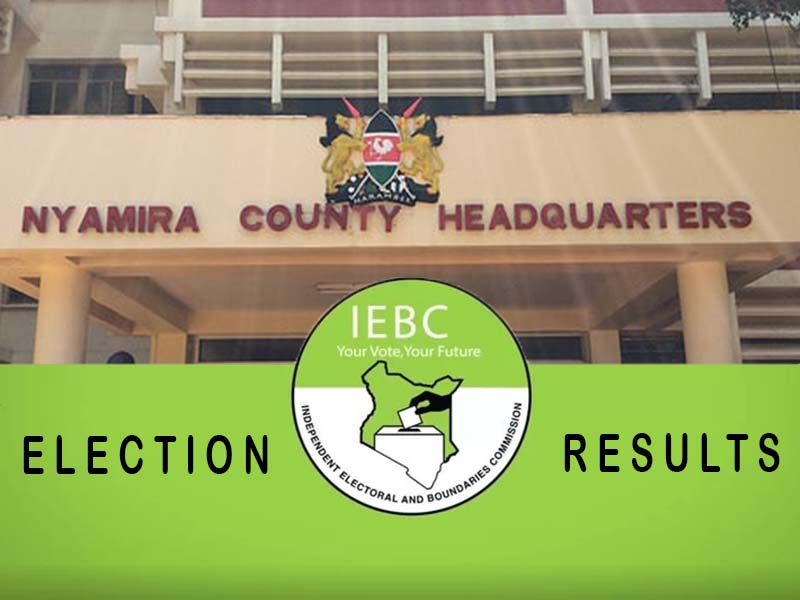